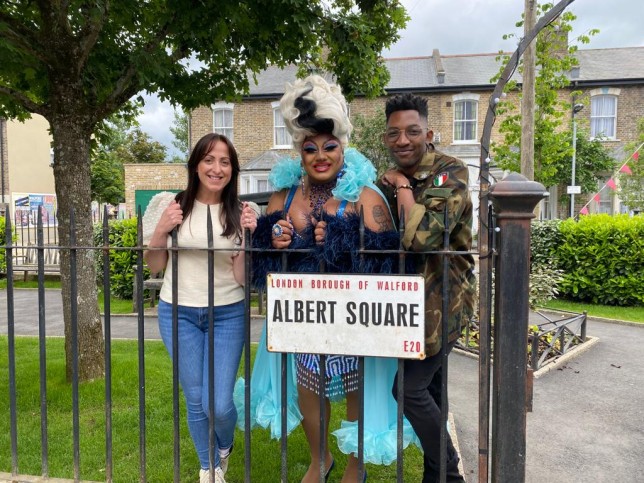 Many of the actors and characters on the show have inspired me as an actor and drag queen because I grew up watching it. I could not help but feel honored that they would consider me.

I was on the famous set because Matthew Morrison’s character Felix Baker, who appears frequently in EastEnders, drags under the alias Tira Misu. This is amazing, in my opinion! 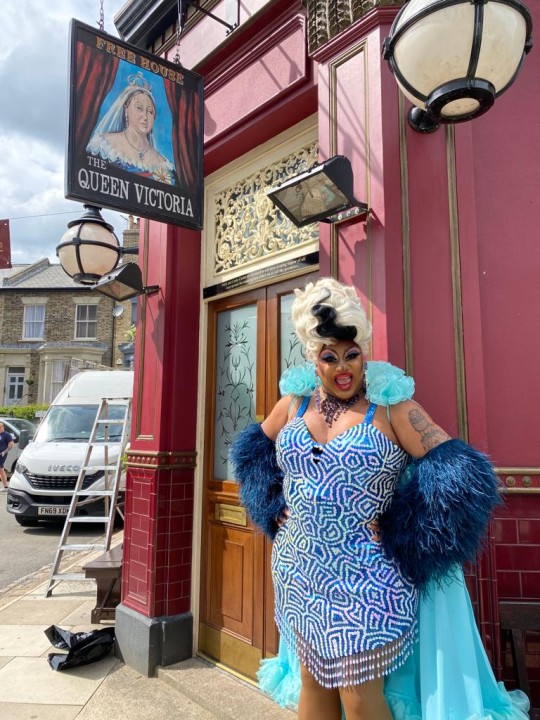 Putting Felix’s status as a drag queen aside, I find the man who performs the drag to be far more intriguing. I’m curious in his background and want to support him through whatever storylines he might encounter.

This is so that he can represent not only the drag arts on the show, but also the lives of LGBT people of color who are also artists and activists.

He isn’t shown or written to be weak; rather, he is outspoken and brash. That is good to see, in my opinion, as those voices are frequently ignored or forced to work harder than anybody else.

In the 1990s, in particular, if I had seen this figure when I was younger, it

It would have had a really beneficial effect on me.

I am a huge lover of soap operas. They are also a favorite of mine, and we used to schedule our evenings around what was on.

Growing up, my favorite shows were EastEnders (obviously), Brookside, Neighbors, Home & Away, as well as Hollyoaks and Byker Grove, which I would classify as “teen soaps.”

Soap operas have been in the forefront of providing LGBTQ+ people with a mirror to their own tales throughout it all.

The controversial relationship between Tiffany’s brother Simon and her lover on EastEnders, Christian and Syed’s gay romance that dealt with religion and homosexuality, or Mark Fowler’s HIV plotline were just a few examples. 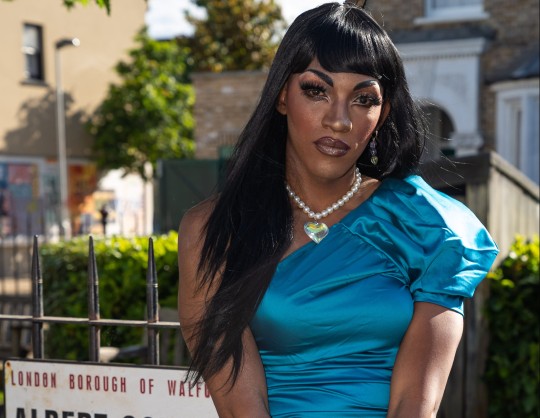 Even though Mark was straight, the latter had an important talk to have because an HIV narrative in a popular household soap in the 1990s was ground-breaking at the time. Given how much has changed in the last 30 years in terms of stigma, understanding, and therapies, it would be interesting to watch how that plot might develop today.

All of this is why I was so delighted to be allowed to film scenes with the new drag queen character on the EastEnders set.

The most stressful aspect of the day was getting out of bed at 7 a.m. to apply my makeup; otherwise, it was a pretty laid-back day. The day on set was fantastic except from that.

Between shots, we had some wonderful conversations with Natalie Cassidy and Matthew Morrison. We also took a private tour of Albert Square, which was very weird.

It was a fantastic opportunity for a fan to geek out. It was fascinating to watch how things operate behind the scenes as an actor. 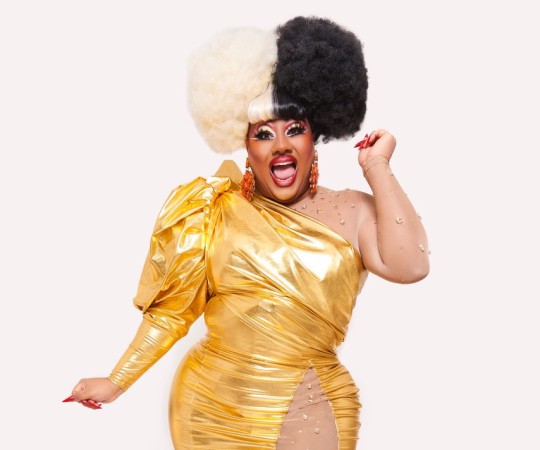 I was definitely more hands-on with Matthew, helping him establish his drag persona, teaching him a few tricks of the trade, and teaching him how to walk in heels.

He performed admirably, but thank God they shot from the waist up because those cobbles are a nightmare! One day, I’d really like to take on a real role on the show and maybe stir some problems in the Prince Albert bar.

I’m hoping that the show won’t only be about Felix being a “fierce queen” or the upcoming UK competitor on RuPaul’s Drag Race.